Longchamp is a mythical place for any racegoer and is one of the most famous racecourses in the world. Its tremendous galleries, its restaurant with panoramic view overlooking the historical “Moulin” and numerous VIP lounges makes it an exceptional venue. The racecourse is close to Paris. Some of the richest races in the world are run there, highlighted by the Qatar Prix de l’Arc de Triomphe (http://www.prixarcdetriomphe.com/) on the first weekend of October, with more than 50,000 race lovers attending the event. Longchamp racecourse is one of the leading French racecourses and its program is internationally renowned. The course profile, its famous climb, the variety of courses helps to select the best thoroughbreds. Longchamp racecourse extends on 57 hectares. 17 hectares are dedicated to the several courses:

You have a favorite for QATAR PRIX DE L'ARC DE TRIOMPHE 2020? Vote for him/her on horseraces. See who are the international community favorites! Click on the title to participate. Don't miss the race at PARISLONGCHAMP on Oct 4th. 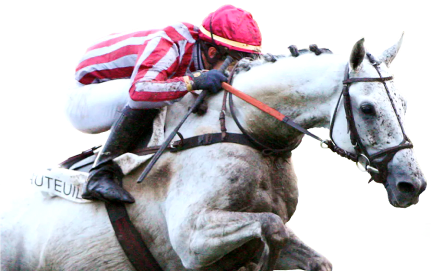